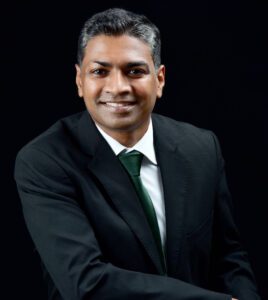 Long, long ago there was a farmer in a village. His family comprised of only 3 persons – the farmer, his wife, and their three-month-old son. This family had a pet mongoose. One day the farmer’s wife said to her husband, “I am going to market along with other ladies. Take care of the boy. He is sleeping soundly in the cradle.” “Don’t worry, dear. Even if I have to be away, our mongoose is there,” told the farmer. “No, not at all. A wild animal is after all an animal. Finding our son alone, it may attack him,” said his wife. She left for the market. A few minutes later, a messenger of the village head approached the farmer and said “The head has sent for you for some urgent work.” The farmer said, “My wife has gone shopping. Let her come back; I shall come then.” “No, the head wants you immediately,” said the messenger. The farmer was in a fix but he did not want to offend the village head either. He chose to go leaving his infant son alone to be looked after by the mongoose. Shortly after the farmer had left, a black cobra entered his house. It began to crawl towards the cradle slowly. The mongoose, a sworn enemy of snakes, saw the cobra in time and ran towards it, got the better of him, and killed the cobra tearing its body. Happy with its victory, the mongoose came out of the room and sat at the doorway. Its mouth and paws were smudged with the snake’s blood. When the farmer’s wife returned from the market, she saw the mongoose at the doorway. Seeing its bloodstained mouth and paws, she jumped to the conclusion that the mongoose had killed her son. She picked up the big stone lying nearby and flung it on the head of the mongoose shouting, “You wretch! Why have you killed my son? Is that the way to repay for what we did for you?” she cried. Then, throwing her articles there on the ground, she began to bewail bitterly and ran towards the cradle “Son, O my dear Son.” Great was her surprise when she saw her son sleeping safely in the cradle and a dead cobra lying by its side. She lost no time following what had actually happened. She now knew that mongoose had saved her son from the cobra. She ran back to the doorway but the mongoose had breathed its last. She repented of what she had done in haste. Anything, done in haste without properly thinking over it, always leads to bad results,” said the farmer’s wife.

Have you ever come across a situation where you have spoken or done something and you wish you never did it, times where you just got into trouble by acting in haste? When we do things too quickly, we are likely to end up in trouble. This morning we are going to see the consequences of acting in haste in our life and learn to wait patiently for God to lead you in our circumstances.

Now, we come to Exodus 2:11. There is a big gap of time between these sentences. By Exodus 2:11, nearly 40 years have passed in silence. In Exodus we are left with Moses as a boy and now he is a 40-year-old adult. There are several facts in the life of Moses about these years that are found in the book of Acts.

Read Acts 7:22 22Moses was educated in all the wisdom of the Egyptians and was powerful in speech and action.

Moses was raised as an Egyptian prince and was given excellent education in the courts of Egypt. Moses was probably educated in the Temple of the Sun in ancient Egypt which is equivalent to the present Oxford University in London. According to history, Moses would have studied science, mathematics, astronomy, chemistry, medicine, religion, philosophy, and law. Read Acts 7:22. It says Moses was a very bright student. He was powerful in speech and action or deeds. Powerful indeed indicates he had good military training and military experience. The Jewish historical book of Josephus says that Moses by the time he was 30 led the Egyptian army to victory against the invading Ethiopians.

By now Moses was very educated and talented, he knew how to fight a battle, and he had the power of a prince of Egypt. Moses also by all probability knew the Hebrew law i.e. God’s law as he was brought up by his own family. He knew he was the deliverer for the Hebrews from slavery. Moses was ready for action.

Read Hebrews 11:24 24By faith Moses, when he had grown up, refused to be known as the son of Pharaoh’s daughter.

After knowing his call, Moses even refused to be known as the son of Pharaoh’s daughter. The decision that Moses made was truly remarkable. It was in fact God’s plan that Moses had to deliver the Hebrews out of slavery and he was ready for action.

Now here is the point: Even though Moses knew God’s call in his life and Moses was well trained, well qualified, and powerful it was not God’s time of action. God wanted to teach him more but somehow Moses was on his own ways. His decision was himself, his ministry was self-oriented, and he himself found a solution for them all.

Read Exodus 2:11a 11 One day, after Moses had grown up, he went out to where his own people were and watched them at their hard labor. Moses according to his call spent time seeing the condition of his people.

Exodus 2:11b He saw an Egyptian beating a Hebrew, one of his own people.

Moses saw his people in trouble and he decided it was time for action.

Exodus 2:12 12 Glancing this way and that and seeing no one, he killed the Egyptian and hid him in the sand.

The Bible says Moses looked this way and that way and when he saw no one he killed the Egyptian and hid him in the sand. Now Moses acted in haste and is heading for trouble.

Let us see the consequences.

Read Exodus 2:12 12Glancing this way and that and seeing no one, he killed the Egyptian and hid him in the sand.

Moses looked this way and that way but unfortunately Moses never looked up, God saw his actions. Moses acted in haste and committed a murder. Child of God if you try to resolve any issue on your own, understand you are heading for a disaster. Now he had to hide the body, he had to cover up his act and the Bible says Moses hid him in the sand. Once you act in hastiness you are sure of trouble and the next thing people do is to cover up, cover up your acts. How many times have we acted in hastiness and ended up doing things to cover up our mistakes?

Read Exodus 2:13-14 13The next day he went out and saw two Hebrews fighting. He asked the one in the wrong, “Why are you hitting your fellow Hebrew?” 14 The man said, “Who made you ruler and judge over us? Are you thinking of killing me as you killed the Egyptian?” Then Moses was afraid and thought, “What I did must have become known.”

Moses thought no one saw his act and covered up, but in fact people had seen him. Many times, we feel no one has seen or knows our acts in secret but our understanding is wrong. Whatever we do is open before God and he will make it public one day. Hiding our wrong does not erase them, it only postpones its discovery.

Read Exodus 2:15 15When Pharaoh heard of this, he tried to kill Moses, but Moses fled from Pharaoh and went to live in Midian, where he sat down by a well.

Moses’ own people let him down and now he had to flee from his own place. His hastiness took him out of the palace and placed him in a desert with nowhere to go. Hastiness is a disaster. Child of God haste makes waste. Moses went from a palace to a desert because he acted in haste.

Child of God, are you hasty about doing things in your life. Maybe you have acted in haste in your life, your relationships, your finances, your job, etc. and ended up causing more harm to you than good. Maybe you are about to take a big step and you do not know when is the right time, God can help you today. Moses was like that. He had a definite call of God and humanly speaking it was the right time for him to act at this point but that was not God’s time and he ended up in a disaster. The good news is even if you have failed like Moses God can use you again. God brought Moses back to Egypt after 40 more years and delivered the Hebrews through his hand. Commit your failures to God today and ask God to give you patience to wait for his time because He makes all things beautiful in his time. Child of God, I want to carry with you one thing today ‘Don’t’ lead God, let God lead you. Amen.